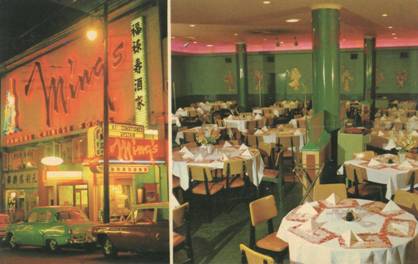 With a number of Chinese labourers moving to Canada for the construction of the Trans-Canada Railway since the late 19th century, the Chinese community had already existed in Western Canada. When the construction finished, many of these Chinese labourers became the inflow of migrants into the mainstream of the labour market hurled by the racial hostility. These Chinese labourers were also faced with discriminatory legislations against them. Due to lack of education and poor language skills, these Chinese immigrants could only be engaged in limited jobs such as running laundry shops, convenience stores, or restaurant businesses. According to the 1931 Census of Canada, more than 70% of the Chinese population was working in the catering business. Those restaurants run by the Chinese were stereotypically considered full of Chinese characteristics. This talk examines the identity of these early Chinese immigrants through various archival materials, photos, postcards, and images of “Chinese restaurants”.