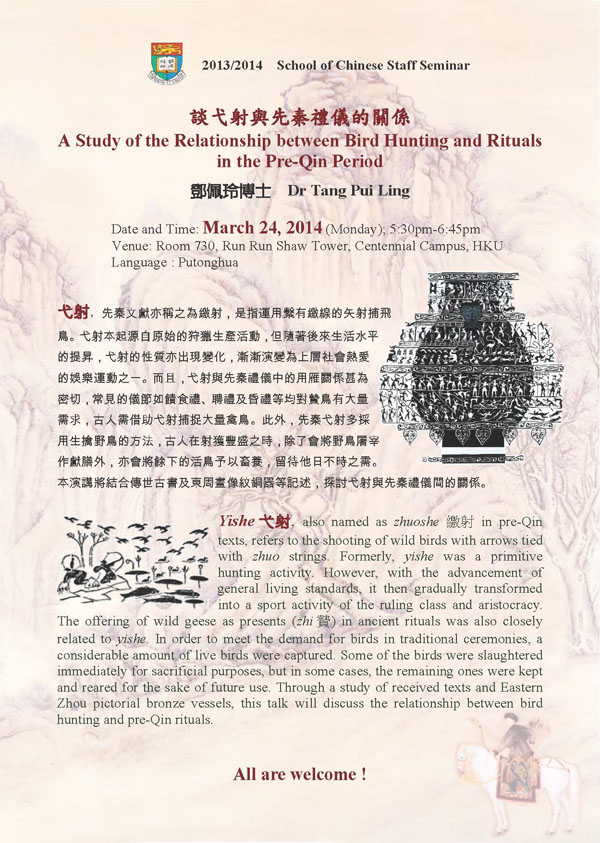 Yishe弋射, also named as zhuoshe 繳射 in pre-Qin
texts, refers to the shooting of wild birds with arrows tied with zhuo strings. Formerly, yishe was a primitive hunting activity. However, with the advancement of general living standards, it then gradually transformed into a sport activity of the ruling class and aristocracy.

The offering of wild geese as presents (zhi 贄) in ancient rituals was also closely related to yishe. In order to meet the demand for birds in traditional ceremonies, a considerable amount of live birds were captured. Some of the birds were slaughtered immediately for sacrificial purposes, but in some cases, the remaining ones were kept and reared for the sake of future use. Through a study of received texts and Eastern Zhou pictorial bronze vessels, this talk will discuss the relationship between bird hunting and pre-Qin rituals.