The Impact of the Internet on the Development of Chinese Languages

Abstract
Under the influence of modern information technology, the degree and rate of language change in China during recent decades are probably greater than ever before in history. The transformations are evident in virtually all aspects of language usage, including new terms and expressions and radically creative conventions for writing them. In this lecture, we will examine instances of all of these trends and try to determine where they are headed.

Professor Victor H. Mair
Professor of Chinese Language and Literature at the University of Pennsylvania, has been teaching there since 1979. He specializes in Buddhist popular literature as well as the vernacular tradition of Chinese fiction and the performing arts. Beginning in the early 1990s, Professor Mair has led an interdisciplinary research project on the Bronze Age and Iron Age mummies of Eastern Central Asia. Among other results of his efforts during this period are six documentaries for television (Scientific American, NOVA, BBC, Discovery Channel, History Channel, and German Television), a major international conference, numerous articles, and a book, The Tarim Mummies: Ancient China and the Mystery of the Earliest Peoples from the West (Thames and Hudson, 2000). He is also the author of numerous other publications (including several anthologies from Columbia University Press) and is the editor of Sino-Platonic Papers, the ABC Chinese Dictionary Series (University of Hawai’i Press), and the Cambria Sinophone World Series. He blogs frequently for Language Log. 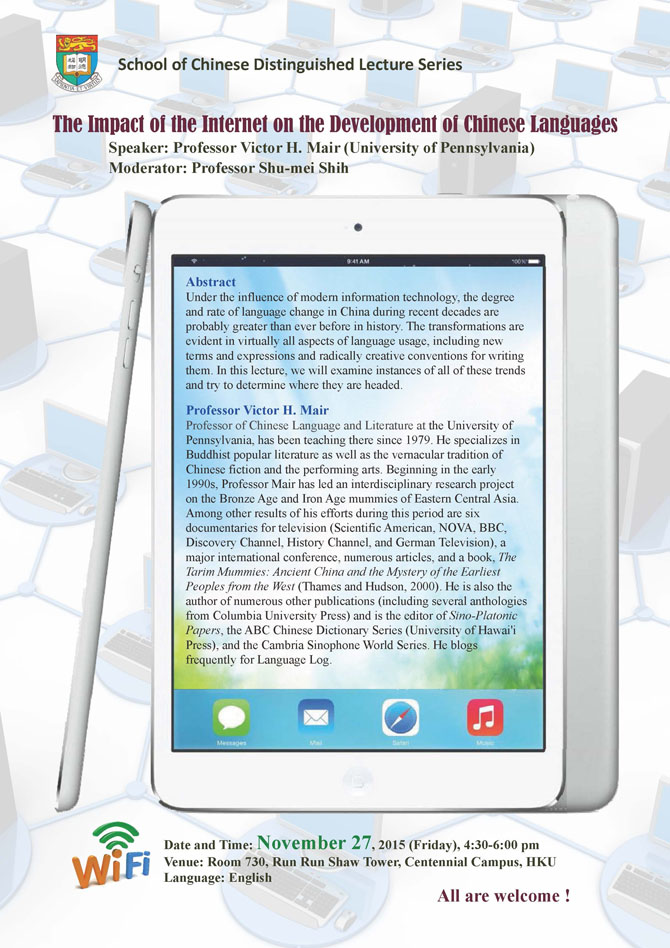