The argument that arranged marriage was a Confucian relic of oppression (of both women and youthful emotion) was put forth by Western observers scornful of the “Orient” and by radical Chinese intellectuals decrying Confucian tradition in the early 20th century. The viewpoint is problematic because it implicitly holds Western cultural premises up as universal truths and it assumes a pervasive and uniform impact of Confucian ideology on marriage. But if we examine literary representations and personal writings as well as moralist discourses, a range of ideas and practices can be detected. These records, along with a comparative perspective of companionate marriage, offer a different way of thinking about the meaning of marriage in imperial China.

Professor Lu Weijing is associate professor of history at the University of California, San Diego. Currently she is visiting Hong Kong Baptist University as a University Fellow. She is the author of True to Her Word: The Faithful Maiden Cult in Late Imperial China (Stanford, 2008), which won the Berkshire First Book Prize on Women’s History, and guest editor of a special issue on China for the Journal of the History of Sexuality (May 2003). Her current research focuses on family and marital practices in China from the seventeenth century through the nineteenth. 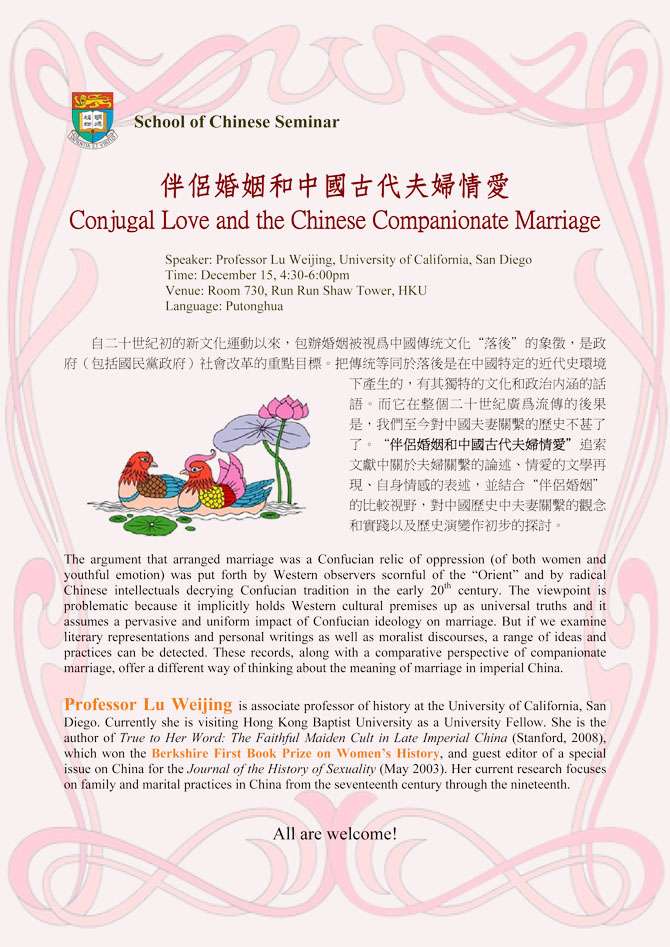