In the latest development of the Chinese culture industry, youth literature and cinema have turned out to be the most lucrative products due to the expanding purchasing power of the younger generations. However, beneath the phenomenal prosperity of such a capital-intensive youth economy (青春經濟), a closer reading of these youth-oriented literary and cinematic works reveals a profound sense of crisis and a common mood of nostalgia, which disrupt the firm establishment of the progressive image of forward-looking New Youth in the traditions of critical and socialist realism. The latest youth-oriented literary and cinematic works often present anti-bildungs roman narratives that conjure up a post-youth subject overshadowed by a growing fear of an uncertain future, including biological and social decay. While indulging in the fantasized spectacle of a utopian past, they also tend to portray the present-day- life as trapped in a fragmented and in volute space overwhelmed by a multitude of desublimated, trivialized, and uncanny details.

Focusing on the quotidian, and often dystopian, life in a neoliberalizing China, these works appear to embrace what Jason McGrath calls “postsocialist realism,” moving away from the socialist realist ideological truth of a “historical movement toward a Communist utopia.” However, instead of capturing this de-revolutionized raw reality through a post-socialist documentary aesthetics, the recent youth films utilize star images, studio settings, artificial lighting, scripted performance, continuity editing and other techniques reminiscent of mainstream Hollywood cinema. Moreover, the youth fiction’s frequent references to and parodies of popular culture and media products further demonstrate a transmedial aesthetics of global youth culture in a digital age. Through a close reading of Chinese youth fiction and films released in the new millennium, I explore this new “post-youth realism” that positions itself in different distances from critical, socialist and post-socialist realisms, and calls into question the perceived nature of “reality” and the future-oriented image of “New Youth” in a mediated and fractured world. 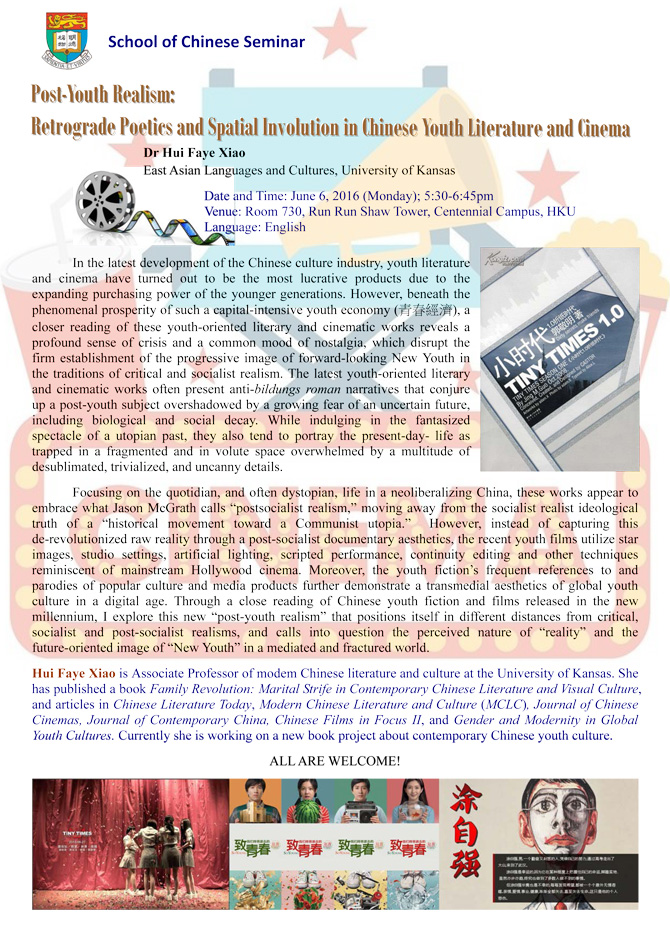