Yang Lian is one of the most innovative and influential contemporary Chinese poets whose works have been translated into many languages. Narrative Poem, Yang’s most personal work to date, is built around a series of family photographs, the first of which was taken on the day when he was born, on 22 February 1955, and the last of which dates from the time he spent undergoing ‘re-education through labour’ – and digging graves – during the mid-1970s. The poetry ranges backward and forward in time, covering his childhood and youth, his first period of exile in New Zealand, and his subsequent adventures and travels in and around Europe and elsewhere. Narrative Poem was published in China in 2011, and the bilingual edition (with Brian Holton’s English translation) was published in June this year. In this event, Yang Lian will read some poems in Chinese from his Narrative Poem and Dr. Lucas Klein will read Holton’s translations. 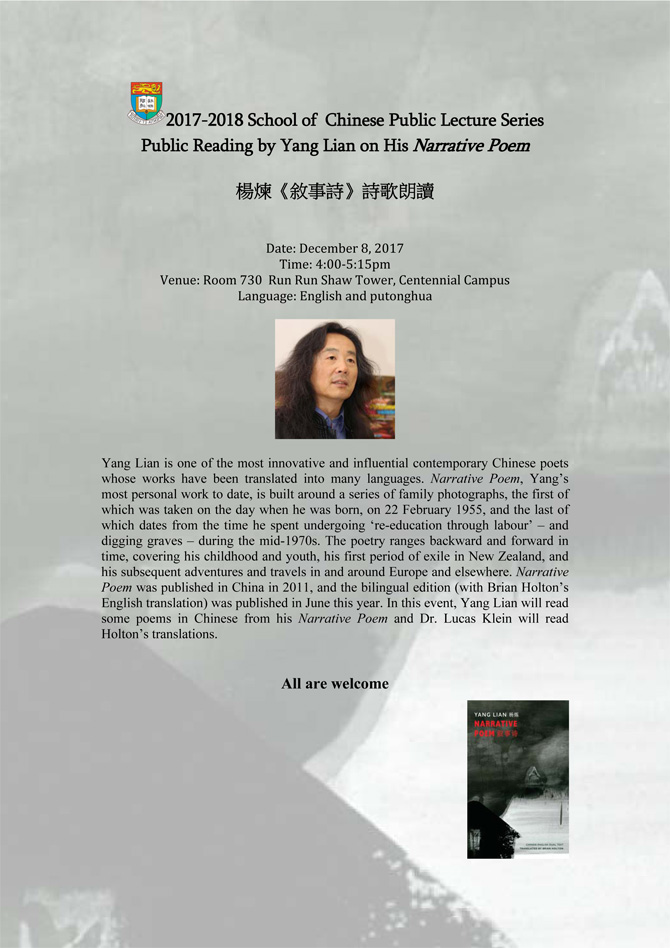